Web trap catches dozens of pesky little gnats, fruit flies, black gnats, midges, house flies and even small moths. It’s effective to get rid of problems of flies and moths as well.in bedroom and office, but it is most effective in dark places such as kitchen and garages.

How to kill indoor gnats easily and sticking them strongly until they die with this powerful small web trap.
do you know where gnats come from?

First, you must identify the pieces that you will receive after purchasing this product:

How to use trap utmost simplicity:
Install emitting Bulb well in its place inside the plastic cylinder.
Insert an adhesive paper from the top of the cylinder and ensure that the paper unit is fixed well.
Plug the power opening well in the allotted place behind the plastic panel.
After installation is completed, fix the trap panel on the wall at the infested place with gnats and Fungus gnats.
When you are ready, Connect the power until you see the blue light and start getting rid of indoor gnats, any standard AC outlets is good.

How does web fly trap work to kill indoor gnats?
The fly buzzing like crazy around the web trap, once bugs enter the enclosure they’ll become trapped with the adhesive glueboard and all of its legs stuck to the glue board and cannot leave it, then paralyzed and finally died.

Tips for better benefits:
Applied Area:
The light effective at area of 18 square meters, so that, it is important to enhance bigger places with additional gnat trap.

Room Lights must turned off:
Light-based traps are most effective in dim or dark areas, where there are few other light sources competing. such gnat trap is built on the idea of a feature in flying insects which is natural attraction to specific lights, because of this, it should be allowed to insect to see the light irradiated only and disallowed from other room lights. So that, room light must went off before starting the web fly device.

Replace the consumed paper boards:
When the sticky board is fairly well covered with gnats, you need to change the adhesive board for maximum effectiveness.

No Fling insects or little knats are captured.
Replace the bulb which have diminished light at the beginning of the gnat’s season at least.

Use web fly trap in the kitchen:
For maximum effect, place one in a dark hallway near an exterior door, garage, one in kitchen. Kitchen fly trap is very important during daytime and has very maximum effect all the night, turn it on and overnight you’ll be catch most of the gnats in house.
Just behind infested areas, near of garbage tanks or sacks,

Pros:
This Gnat web trap is mixed in feature of flypaper traps with light-based traps which getting you rid of gnats effectively.
Glue coated on papers is more potent as an insecticide, acts faster, and unlike DDT does not threaten the environment.
No odors are emitted from this compact unit even after several days with dead insects are found on the paper surface, so you won’t even notice it once installed. Setting up the fly light only takes a very short time as I have explained. Insert the glueboard into the plug-in unit and then plug into an electrical outlet. The light will continue operating 24/7, this is because light source consume very little electricity compared by maximum emission given. Glueboards are easily replaced with newer ones once they are appeared crowded with dead insects, so you can continue using the plug-in unit for several years later.
Small Size is important to save area however it can be fixed to the wall as an antique. 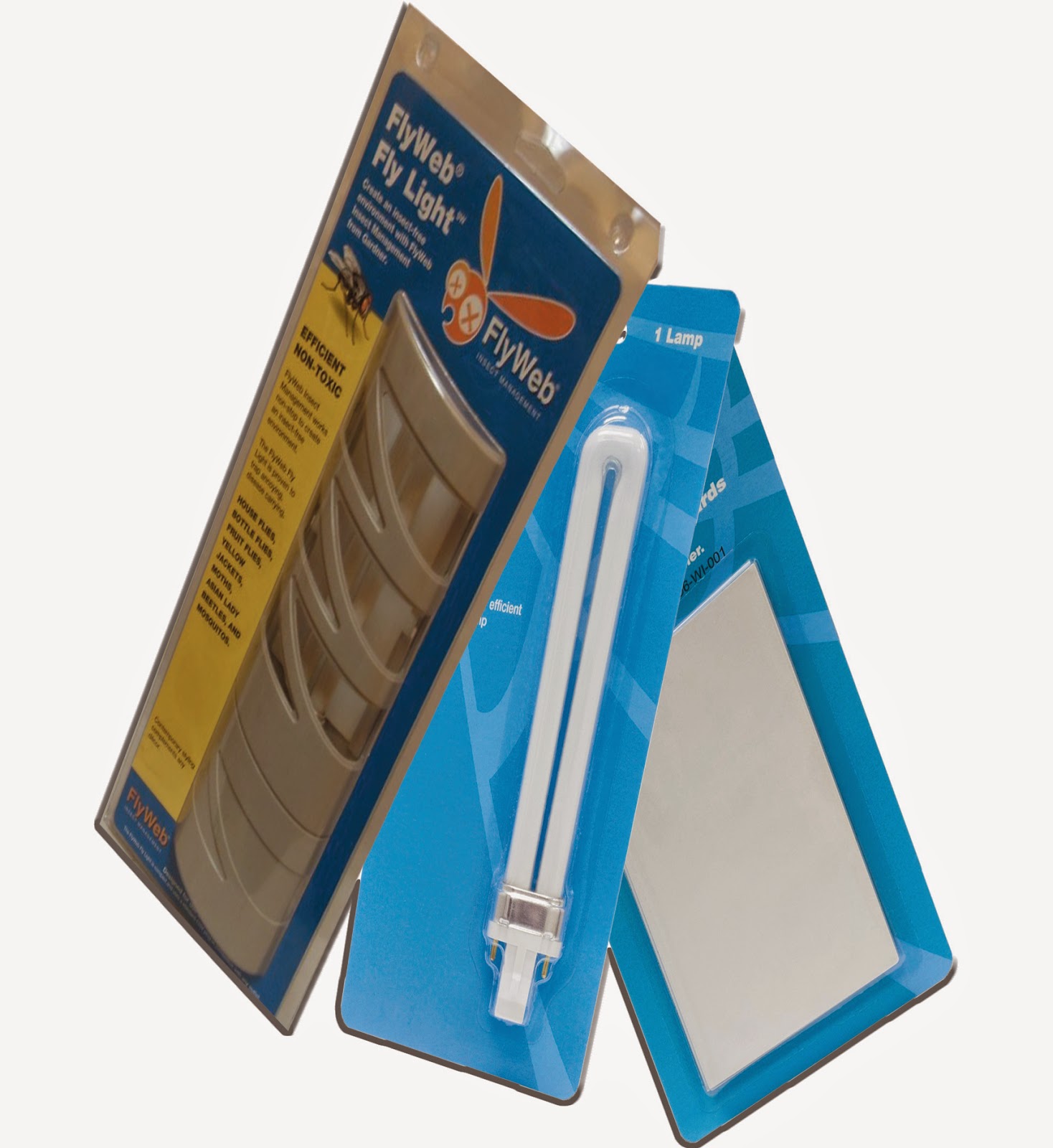 Cons:
Extra Glue board papers are needed:
Small adhesive strip is covered in tiny gnats in 1 day time
It is seems to be a kind of a small indoor fly trap which costs no more than 15 dollars, but for some reasons its cost may be raised to reach 50 dollars, that may be a result of using this trap in an opened area with many of dust sources, as well as the big insects like moth and mosquitoes will occupy larger space on the glueboard as well as the glue is not so strong to fix large insects which lead to high rates of replacements. this issue can be resolved by not using such traps in wide areas to avoid dusts and use larger gnat zappers which do not have glueboards.

Only working overnight:
While this problem can be solved by closing windows and openings tightly to avoid dust, Gnats are attracted to light from TV screens and Computer monitors too, which cause the web trap to lose its benefits.

Small enclosure inlets:
The trap has small size so that it is only effective in specific areas and with low indoor gnat infestation and up to medium gnat infestations in house, heavy nat infested areas must be treated with larger and different gnat traps.
What do Gnats looks like?

Fungus gnats are not attracted abroad:
Black Fungus gnats will be attracted in dark small patios only to the light from trap’s bulb, due to small size and limited applying area of such cheap paper-light mixed gnat traps, however getting rid of gnats on indoor plants can be done effectively by gnat web trap too. but Yellow cards are more preferred on houshold plants.

Finally:
Use gnat web trap for indoor gnat control against all small flies, darker places is preferred, and very effective gnat trap for kitchen and bathroom.